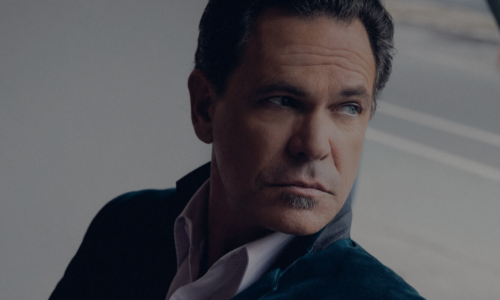 Renowned for his singular combination of robust swing and poetic insight, Grammy winner Kurt Elling has secured his place among the world’s foremost jazz vocalists. Declared “the standout male vocalist of our time” by The New York Times, Elling has garnered unprecedented accolades, including a fourteen-year run atop the DownBeat Critics Poll, a dozen Grammy nominations, and eight Jazz Journalists Association awards for “Male Singer of the Year.”

Elling’s voice is instantly recognizable, embracing listeners with his warm, rich baritone and navigating the full span of his four-octave range as a virtuoso instrumentalist and a compelling storyteller. Whether transforming timeless standards or crafting his own enthralling originals, Elling balances elegant lyricism and technical mastery with wry humor, emotional depth, and keen observations into the human condition.

Elling’s most recent release, The Questions, vividly exemplifies his ability to respond to the world around him with both urgent immediacy and a unique perspective. Co-produced by NEA Jazz Master and acclaimed saxophonist Branford Marsalis, the album searches for answers to the culture’s most divisive social, political, and spiritual issues in the songs of Bob Dylan, Carla Bley, and Leonard Bernstein and the poetry of Rumi and Wallace Stevens. Elling joined Marsalis and his long-running quartet for 2016’s Grammy-nominated Upward Spiral, which All About Jazz hailed as “suffused with graciousness, beauty, and, on occasion, heartbreak.”

Taking the long view of Elling’s audacious and richly varied career, the Washington Post lauded, “Since the mid-1990s, no singer in jazz has been as daring, dynamic or interesting as Kurt Elling. With his soaring vocal flights, his edgy lyrics and sense of being on a musical mission, he has come to embody the creative spirit in jazz.”