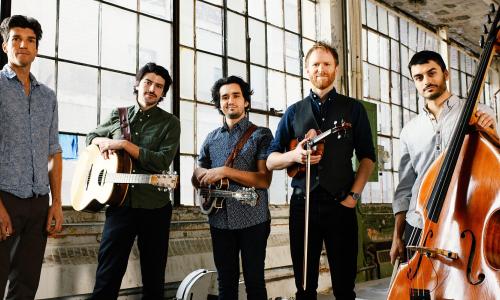 Kittel & Co. is one of the premier American acoustic bands performing today. Led by GRAMMY-nominated composer Jeremy Kittel, described by WGBH as “one of the most exceptional violinists and fiddlers of his generation…” The stringed-instrument collective features a cast of musically kindred spirits — mandolinist Josh Pinkham, guitarist Quinn Bachand, bassist Ethan Jodziewicz, and hammer-dulcimerist Simon Chrisman — each recognized as an innovator on their instrument.

After appearances at the Telluride Bluegrass Festival, their debut album Whorls charted in the top 10 on the Classical Billboard charts before making its way to the #1 spot on the Bluegrass chart. Earmilk called Whorls a “devastatingly beautiful album … a stunning melting pot of classical and folk music, featuring some of the greatest musicians in the genre. According to Bluegrass Situation, Kittel & Co. has “accomplished a feat of new acoustic, string band-rooted chamber music … whimsical, alluring, and magnificent.”

A Kittel & Co. show is a warmly ambitious romp through genre-bending originals and interpretations. Times UK wrote that Kittel & Co. “takes the string band tradition to marvelously rarefied levels of collective virtuosity. Playing a repertoire from bluegrass to Bach to a strathspey and reel set, they sounded thrillingly spontaneous.”

In addition to Kittel & Co.’s accolades, Jeremy Kittel received a Grammy nomination in 2019 for “Best Instrumental Composition” alongside icons John Williams and Terence Blanchard. Kittel is also known for arranging and recording work with Yo-Yo Ma, My Morning Jacket, Fleet Foxes, Aoife O’Donovan, and more. Kittel states that the diversity of artists he works with informs the music he writes for Kittel & Co., and that Kittel & Co.’s mission is simply to be “one of the most thrilling, immersive experiences of what acoustic music can be.” 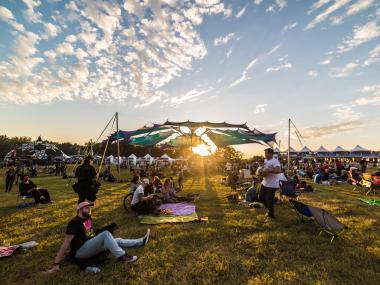