Live music is all the way back, y’all!

Memphis Tourism announced a new series of concerts happening on Thursdays (plus one Saturday) this summer at the newly renovated Handy Park stage on Beale Street—GET LOUD! concert series is FREE and open to the public.

Again, the performances will be free and open to the public, and will pair a touring headline act with a Memphis based band as opener. So get excited and get ready to head downtown this summer!

Lawn chairs and blankets are allowed. Coolers, weapons or pets are not allowed unless the pets are service animals.

Get Loud! is presented by Memphis Tourism, in partnership with the Tennessee
Department of Tourist Development, Downtown Memphis Commission and Beale Street. 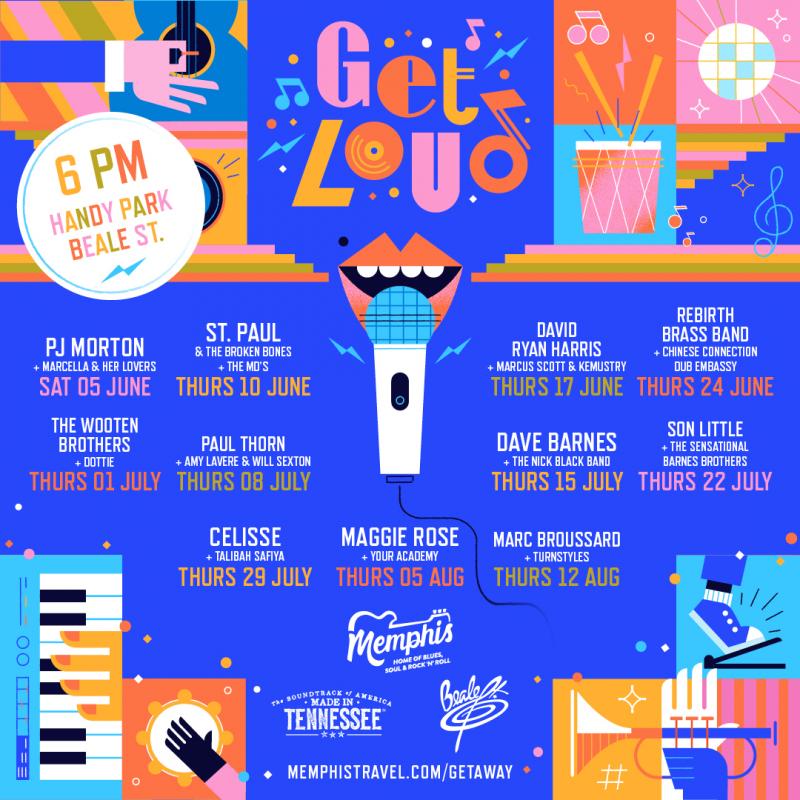 Here’s the line up :

The lineup includes soul, R&B, Americana, singer/songwriter, blues, and rock music—with a focus on musicianship and fun performances. I'm over the moon for FREE live music, accessible to everyone, on Beale Street!

PJ Morton is a two-time GRAMMY winner (with 14 nominations) and keyboardist for Maroon 5—in addition to his award-winning solo work. He’s New Orleans based, and is the son of two preachers.

David Ryan Harris has an accomplished solo career as a guitarist and singer, and is the longtime guitar player for John Mayer. Memphian Terence F. Clark will perform with him on drums. 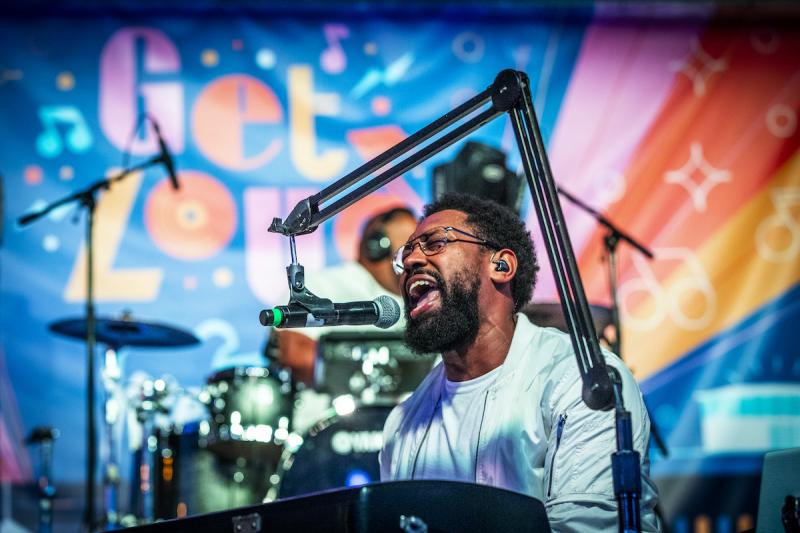 Craig Thompson
PJ Morton kicked off the 2021 Get Loud series on June 5 in Handy Park.
Like 18

This is a great vibe for the…

This is a great vibe for the city, live music is back downtown, kickin' off with PJ Morton and ending with Marc Brousard!!!!🔥🔥🔥💥💥💥

This is fantastic! I can't…

This is fantastic! I can't wait to see the new renovations in handy Park and this lineup is just awesome! Way to go Memphis 👌👍✅

I am in a band called Acme…

I am in a band called Acme Memphis Band. We are playing Lafayettes on June 27, and other events throughout the city.

Who would we need to send our info to to play the event?

Hi Jerry! All the space for…

Hi Jerry! All the space for bands have been filled, just not announced yet. Thank you for inquiring, though! Feel free to submit y'all's shows to the blog's calendar for promotion: https://ilovememphisblog.com/events/add/default

Why oh why couldn't this…

Reggie, I wish it could!…

Reggie, I wish it could! Check out Railgarten on Sunday for some live outdoor music this weekend.

That’s super great news! The line up seems really cool as well. I am a fan of Marc Brousard! Can’t wait to hear him out in live.  https://www.westword.com/storyhub/nerve-control-911-review

Are y’all still looking for…

Are y’all still looking for acts in your TBA spots?  Any way to send some solid suggestions?  So excited about this series!!

Hi Anita! All the spots have…

Hi Anita! All the spots have been filled and we'll be making those additions soon.

Coming Down From St. Louis…

Coming Down From St. Louis For The Wooten Brothers Concert July 1st & Making Plans For A Quick trip For PJ Morton - There All Friends Of Mine And Their Performances Are Off The Chain Good........

I am so excited for the free…

I am so excited for the free concerts, I will be attending all of them if the weather allows.

I loved every minute.. can't…

I loved every minute.. can't wait till next time