It's Memorial Day. Today we remember U.S. Armed Forces personnel who died while in military service.

Honor Shelby County's veterans (and complete assignment #149 in the 365 Things to Do in Memphis) this Memorial Day with a visit to Veteran's Plaza in Overton Park. 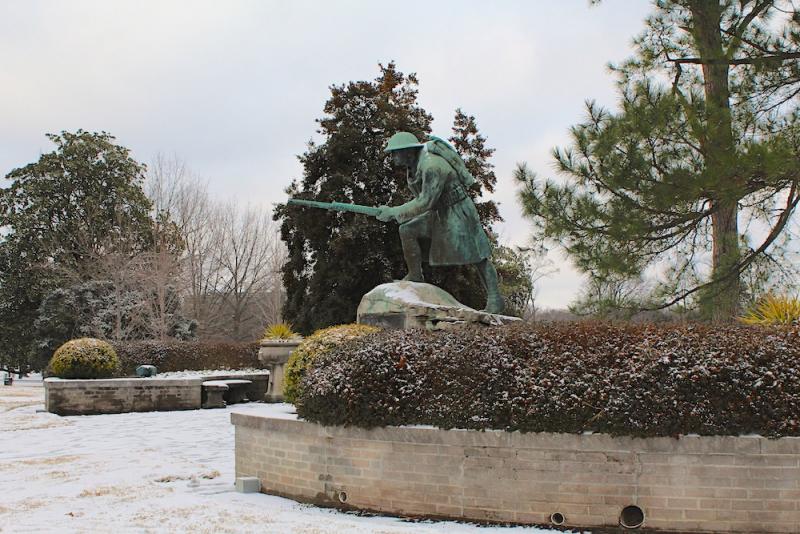 The plaza is at the west end of the park. It honors Shelby County's veterans from World War I, World War II, Korea, Vietnam and Desert Storm. The monuments are dedicated to the more than 2500 people from the Memphis area who lost their lives during service to the armed forces. 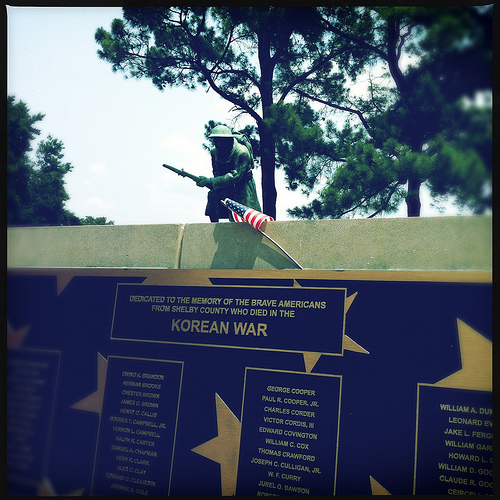 The plaza's most notable monument, a giant copper doughboy, was made from pennies collected by local school children. The statue itself was controversial when it was installed in 1926.

Just wondering if you know whether the bars/saloons on Beale street have a cover charge and if so, what is the average price?