Belly Acres a burger spot in Overton Square, right across from the parking garage. It's the one with the yellow airplane sticking out of it. You can't miss it. 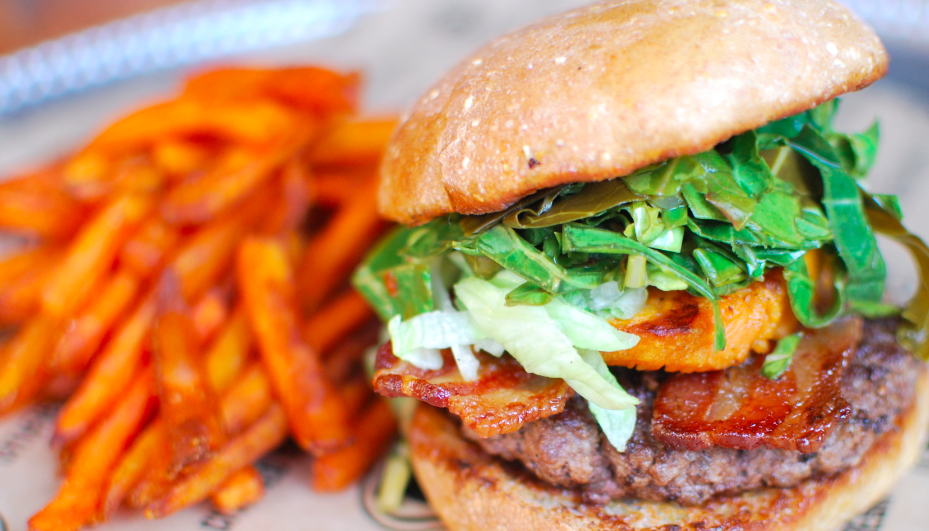 The interior looks like Willy Wonka bought a farm. There's a big, bright screen depicting a lush green field, a tractor, the other half of the yellow crop duster, a big tree, and my favorite part - corn stalks coming out of the walls. It absolutely feels like a place for kids and families. Maybe even a place you'd go to on vacation at the beach. 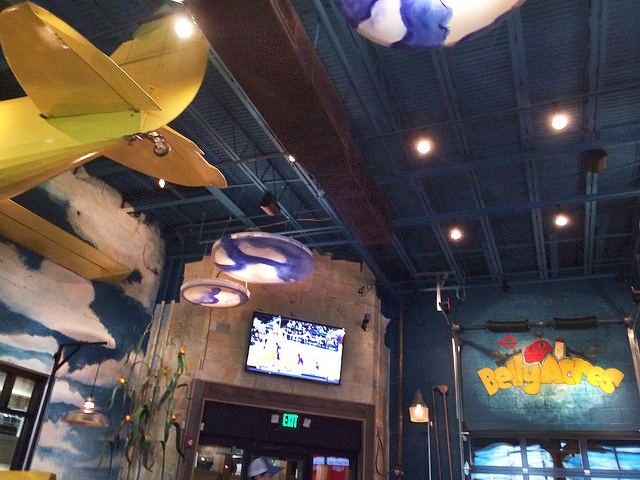 At Belly Acres, you order and get drinks at the counter, then a server brings your food. The menu draft (it was not the final version) had sections for burgers, chicken, veggie burgers, seafood, salads, and sandwiches. I was told there will be a kids menu soon.

I chose the Southern Gentleman burger and fries. My friend Clare went with the crab cakes. We had a couple beers while we waited, but I can't tell you much about beer selection or prices yet. They have some beer now, and will have wine later.

After a very reasonable amount of time - especially for a soft opening - it was burger time. The Southern Gentleman met expectations: a thick sweet potato slice roasted just right, pickled greens (not super pickle-y, but I'm ok with that), maple ketchup (!!), thick slices of bacon, and a juicy, medium-well beef patty. (Pictured at the top of this post.)

It was a tiny bit difficult to eat due to size and number of toppings, but that's par for the course with new Memphis burgers these days. I enjoyed the combination of flavors and textures, and the maple ketchup took it to the next level, from "very good, would recommend" up to "very good, would order again". 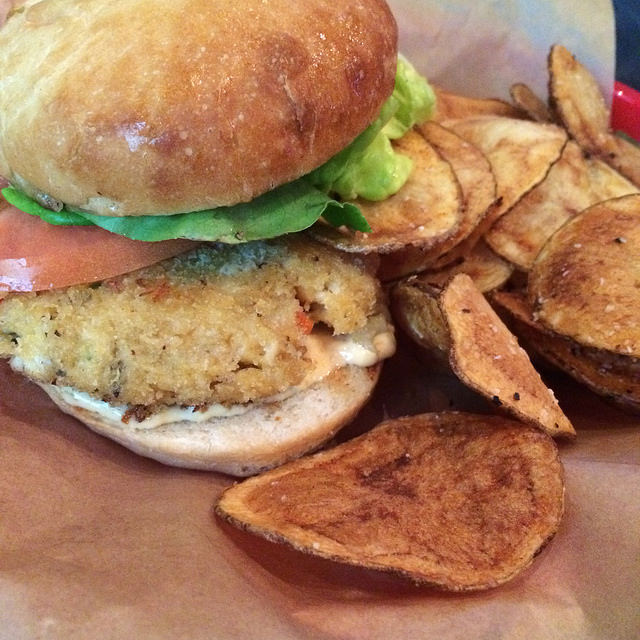 It was clear very quickly that I had made the right choice in ordering. While Clare's crab cakes (which actually came on a sandwich) were OK, I'm not sure I'd ever choose that over a burger. The house made potato chips she had were solid; my fries were very good. As someone on Twitter later pointed out (based on a photo) they are very similar to the fries at Young Avenue Deli. I'm not saying they're the same fries, just that they are in the same fry family. 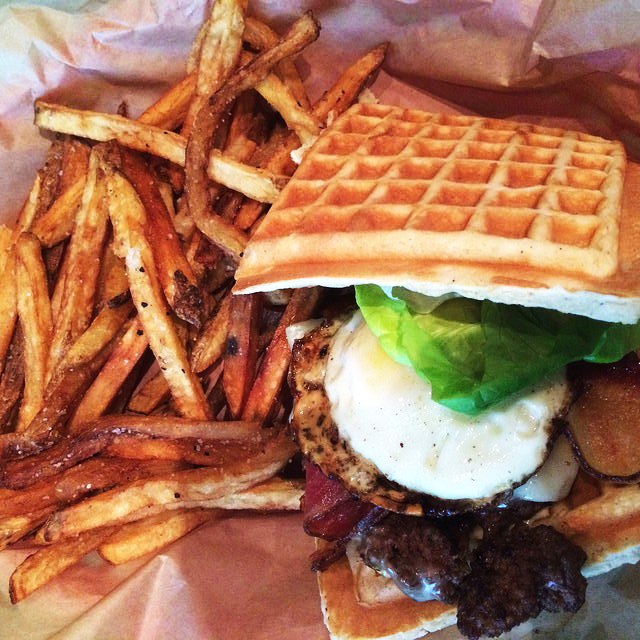 Another friend ordered the Early Riser burger, aka a perfect hangover cure with a fried egg and waffles instead of buns. There were three meat-free burger options: a mushroom burger, a black eye pea burger, and a lentil and onion burger. There are milkshakes, too.

I was told that the burgers are $8 - $12, plus the cost of sides, but that prices are being finalized. The thing about Belly Acres is that their ingredients are sourced locally, which is where their motto "Citified Farm Fresh" comes from. Overall, Belly Acres is a fun family place, the food is good (I'll need to try more of the menu before I elaborate on that) and the concept is locavore to the max. 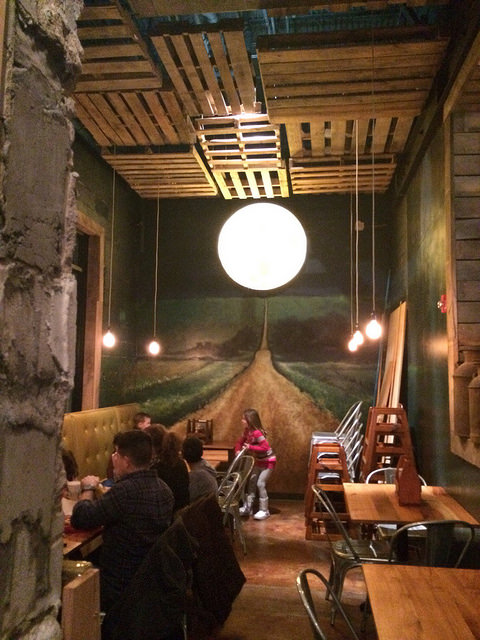 […] At Belly Acres, you order and get drinks at the counter, then a server brings your food. The menu draft (it was not the final version) had sections for burgers, chicken, veggie burgers, seafood, salads, and sandwiches. I was told there will be a kids …read more […]

Looks like a super fun place, we are excited to try it out!

Over priced. Myself and 3 others on different occasions got sick eating there.