The second the temperature in Memphis creeps over 75 degrees, it's officially warm out, which means that it's officially time for snow cones, specifically those from Jerry's. 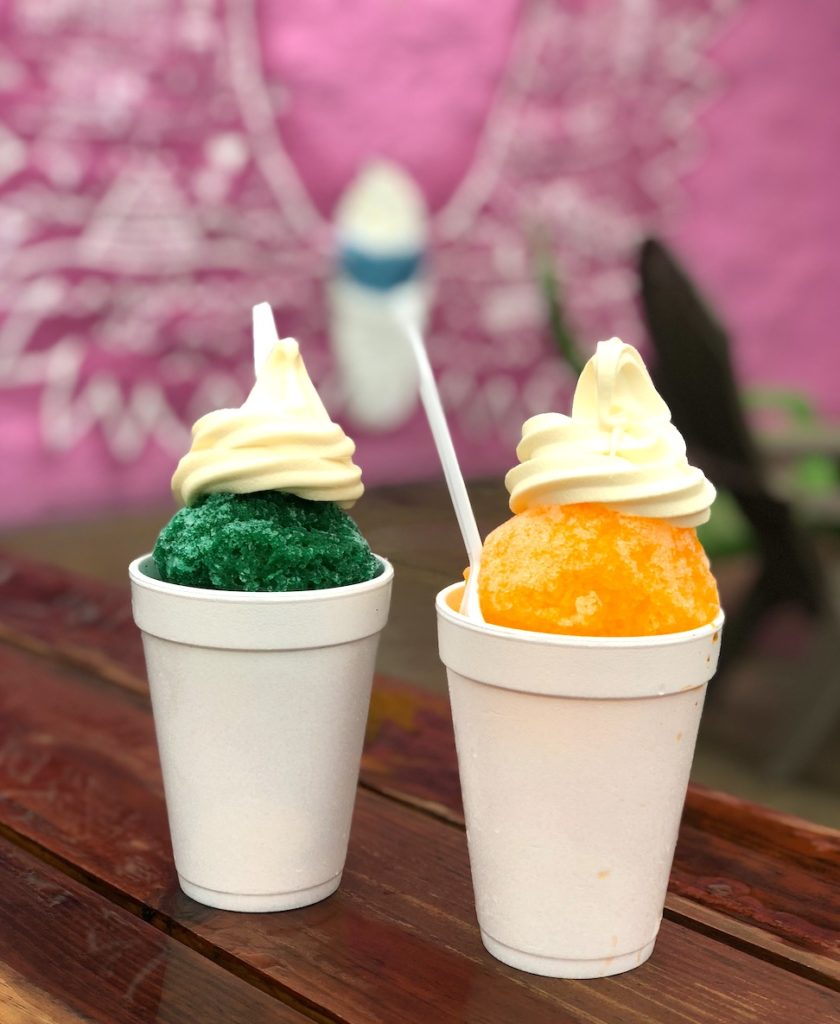 Jerry's snow cones are more than ice flavored with sticky syrup in a cup - they're magic. The ice is thinly shaved and the list of flavors is extensive. All of the usual favorites are listed, along with more obscure, nonsensical options - the Napoleon Dynamite, the Hurricane Elvis (a red snow cone named after a local weather event), and the famous, bright green Legit (which tastes like...legitimacy?).

When you order, ask for your snow cone "supreme" and you'll get it layered with vanilla soft serve ice cream. It sounds kind of weird, but trust me - the soft serve takes the basic snow cone and transforms it into a local delicacy. 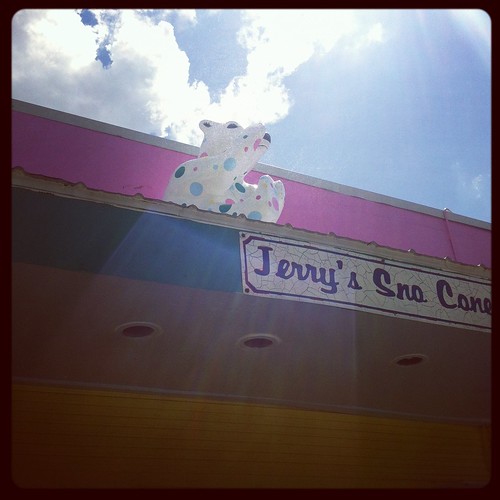 Before you go, stop by an ATM - Jerry's is cash only. Also, if you're going during peak times (weekends, summer, after school), put on some sunscreen - you'll be in line for a little bit, and there's not really any shade. 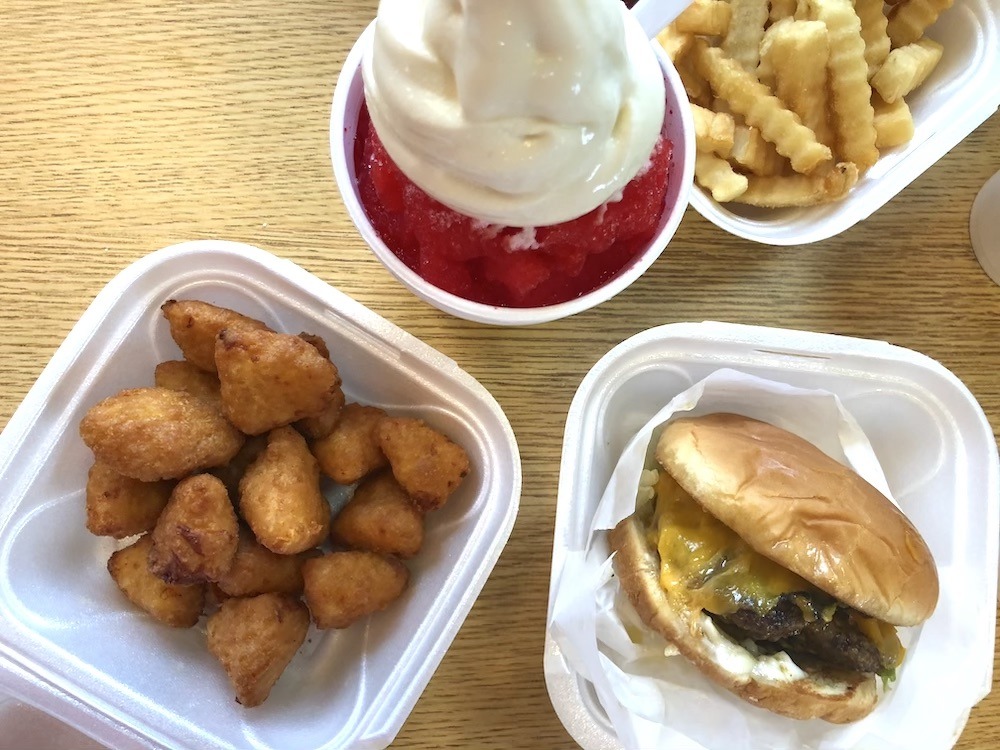 Great suggestion... consider yourself warned though, they used to close at 9 on the weekends but they crossed off the sign and it now says 8 - classic as I arrive at 8:45 this past Saturday. The good news is that la michoacana stays open later and isn't far off and it happened to be Cinco de Mayo - double score! I must confess that I took your foursquare recommendation on the chili pinnaple and it was good, but the cinnamon and rice is still my favorite!

Love seeing this I hope to visit one day in Memphis.