51 Things To Do In Memphis This Fall

51 Things To Do In Memphis This Fall

Want more info on the latest festival news, including what's new this fall in Memphis? Listen to the August Bonus Cilp (below the photo) for more in-depth info. 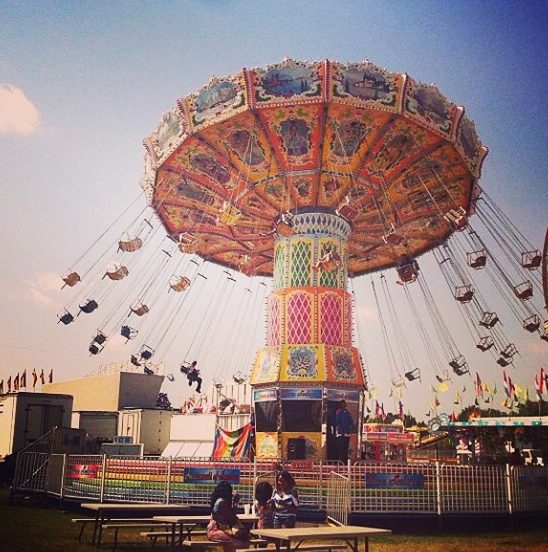 1. You Look Like A Comedy Show, P&H Cafe, August 22 and September 19, 9 p.m., $5, 21 and up
This monthly comedy tournament is all about the roast: prepare yourself to witness put-downs, bullying, and insults - all between friendly comics, of course.

4. Sweatfest, Shangri-La Records, August 29, 2 p.m. - 8 p.m., free to attend
Sweatfest is brought to you by Shangri-La Records. Head to the record shop (1916 Madison Avenue) for thousands of $1 records, merch discounts, and eight acts including James and the Ultrasounds, The Sheik, Toy Trucks, and more. 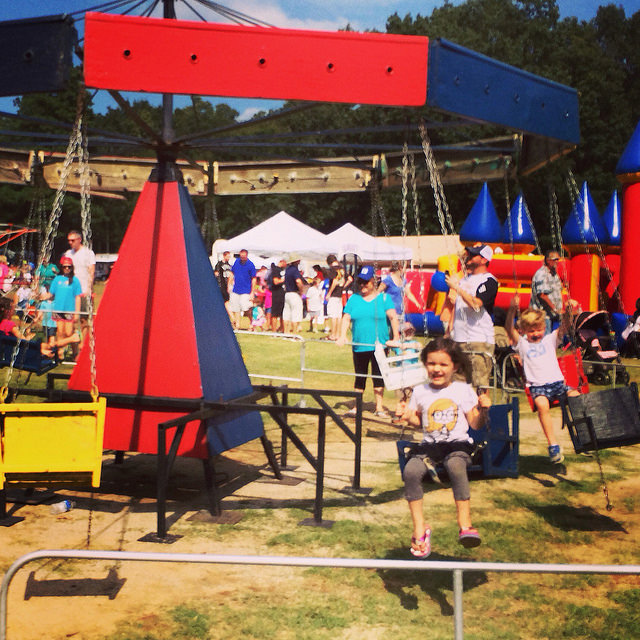 5. 30 Days of Opera, Various Locations, September 1 - 30, free
You never know when you might be serenaded by the professionals from Opera Memphis during 30 Days of Opera. Singers host pop-up performances at events and locations around town every day for a month, including a show at the Levitt Shell on September 18.

6. On Location: Memphis International Film & Music Festival, Studio on the Square/Cooper Walker Place, September 3 - 6, $45 - $65
The 16th annual film and music festival celebrates independent films with a renewed focus on music this year, including a blues concert on on Friday evening.

7. Rock for Love, Crosstown / Lafayette's / Levitt Shell, September 3 - 6, various prices
The Church Health Center's ninth annual Rock for Love festival is going to be bigger than ever, with three days of music in a bunch of cool venues. Check out the full lineup, schedule, and more information by clicking here.

8. Zoo Brew, Memphis Zoo, September 4, 7 p.m. - 10 p.m, $40 members/$45 nonmembers, 21 and up
Zoo Brew is one of Memphis' biggest beer tasting events, with tasting tables set up throughout the exhibits, plus live music and a VIP Lounge.

9. Night Shift, TheatreWorks (2085 Monroe Avenue), September 4, 11:55 p.m., $11 advance/$15 at the door, 21 and up
The brand-new late variety show has music, games, comedy, burlesque, and more. Not that you'd take your kids out at nearly midnight (no assumptions here) but leave the kids at home, and bring cash for concessions and drinks.

10. Delta Fair, Agricenter International, September 4 -13, $13 adults / $5 kids and seniors
The Delta Fair is a classic. It's a week of midway games, rides, livestock and homemaking competitions, exhibits, and more. For $25, you can get a daily wristband for unlimited rides. The fair is open every day until at least 10 p.m.

13. U of Memphis Tigers Football, Liberty Bowl Memorial Stadium (home games), September 5 - November 28, $15 and up
Coming off one of their most successful seasons in many years, the Memphis Tigers football team embarks on their 2015 season starting on Labor Day weekend. Click here for more detailed ticket and tailgating info.

15. Memphis Music and Heritage Festival, Center for Southern Folklore, September 5-6, free
The Center for Southern Folklore's annual Memphis Music and Heritage Festival is two days of southern-fried live music on six stages, dancing, cooking, storytelling and vendors that happens downtown over Labor Day weekend. The festival is completely free and family friendly, so don't hesitate to bring everyone you know.

16. Mid-South Book Festival, Playhouse on the Square & Circuit Playhouse, September 9 - 13, mostly free, all ages
More than 50 local and national authors will come to Memphis for five days of literary bliss in late September. Expect speakers, book signings, vendors, workshops, and entertainment, all benefitting Literacy Mid-South. A couple of the workshops require you to buy tickets, but most of the events are free.

18. Art on Tap, Dixon Gallery & Gardens, September 11, $30 members/$40 non-members 21 and up
The Dixon's annual beer tasting event features beer from around the world and food from Rock 'n' Dough, Bosco's, Gus', and Frost Bake Shop. For another $10, you can get some wine into your system, too.

19. Outflix Film Festival, Malco Ridgeway Four, Sept. 11 - 17, full fest pass $99, individual films $10
The Outflix film festival returns to the Ridgeway Four for a week of documentaries, feature films and short films with an LGBTQ focus. The films are from all over the world, and the schedule is pretty impressive.

20. Hack Memphis, Cowork Memphis , September 11 - 14, $10/$30 with t-shirt
Calling all designers, developers, programmers and people with big ideas: Hack Memphis wants you for an intense weekend of creating and building. Hack Memphis is a day for the Memphis tech community to come together to create new things, hack existing software and share ideas. Pre-registration is required.

26. GonerFest 12, The Buccaneer / Hi-Tone / Murphy's, September 23 - 27, $5 - $25 individual shows/$75 festival pass
Gonerfest, Goner Records' annual four-day celebration of garage, punk and indie rock, turns twelve this year. Celebrate another year of loud music, spilled beer and good times that brings in rock fans from all over the world. This one's not for the kids.

27. Repair Days, National Ornamental Metal Museum, September 24 - 27, free to attend
Bring your busted, rusted and otherwise damaged metal items to the Metal Museum for a little TLC this October. During Repair Days, the museums' crew of blacksmiths and metalworkers will fix your items for a fee (which benefits the museum).

28. Mid-South Fair, Landers Center, September 25 - October 4, $12 adults/$6 kids and seniors, all ages
Head to the Landers Center (in Southaven) for the 159th annual Mid-South Fair to get your fill of funnel cakes, rides, more. It's a solid week of rides, games, MMA fights, talent contests, roller derby and carnival food.

30. Spillit Memphis, September 25, October 23, November 6 and 20, Amurica Photo, $10
Memphians tell their stories of Coming Out, Toil & Trouble, Disasters & Escapes, and M-E-M-P-H-I-S, all live from the Amurica Photo stage. Some of the stories are funny, some are heartbreaking, but all of them are true, and notes aren't allowed. The $10 includes drinks (but please tip) the stories might be PG-13, and seats are first-come, first-serve, so get there early.

31. Mid-South Pride Parade and Festival, Robert Church Park / Beale St., September 26, 10 a.m. - 5 p.m., free
The annual Mid-South Pride Parade and Festival is the largest annual LGBT event in the Mid-South, and it's a fun one. Expect vendors, live music, drag queens (and kings), floats, beads, and more than 40 participating community organizations. The parade steps off at 5 p.m. at the corner of 2nd and Beale.

32. BreakFest, Broad Avenue Water Tower Pavilion, September 26, 10 a.m. - 4 p.m., $8 adv./$10 gate
Teams will compete in five categories (bacon, omelets, breakfast sandwich, and more) to earn the title of breakfast and brunch food champion at the inaugural BreakFest. There will be games, food trucks, and live music for the general public.

33. Memphis Rock 'n' Romp, Shelby Farms/Overton Park, September 26 and October 31, $5 adults/kids free
One of the coolest concert series in town will host its September show at the Mid-South Corn Maze at Shelby Farms and its October show on the greensward at Overton Park. These shows feature great Memphis music that grown-ups like, but in a daytime, kid-friendly show. 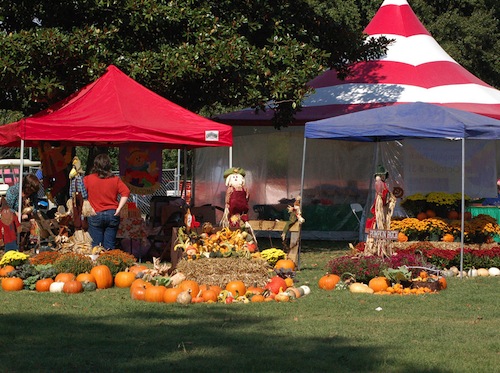 34. Station 3: Memphis Firehaus, 198 Dr. MLK, Jr. Avenue, October 1 - November 30
The abandoned firehouse next to FedExForum gets the "Brewery Untapped" treatment this fall. Station 3 will have four special-edition brews, food, live music, and big screens. They plan to be open Thursdays through Sundays, plus game days and for special events.

35. Creative Works Conference, Central Station, October 1 - 3, $150 student/$250 professional
This conference for designers, illustrators, developers, and other creatives brings the best talent from around the country to connect with Memphians and each other for three days. There will also be a vendor marketplace, workshops, and after parties.

38. Urban Barn Market, Woodruff-Fontaine House (680 Adams Ave.), October 2-4, $5 - $10
Are you addicted to vintage and antique things? Do you have a thoroughly curated, ridiculously picturesque Pinterest presence? If you answered yes to any of these questions, the Urban Barn Market's gathering of vendors, workshops, demos, and book signings is for you. 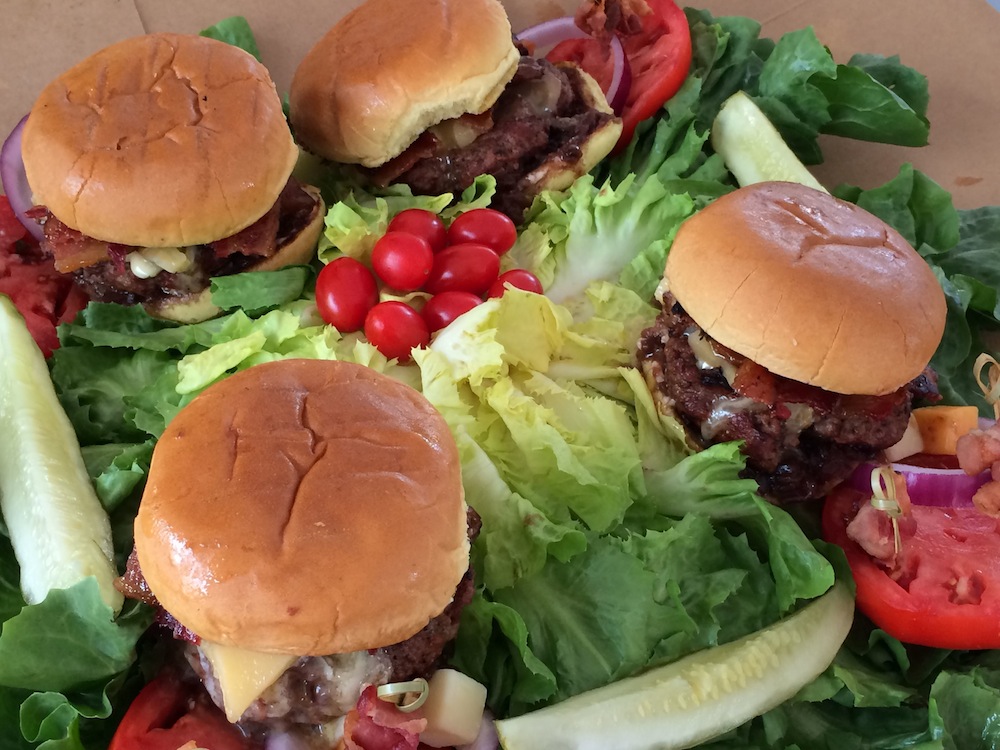 39. Best Memphis Burger Fest, Tiger Lane, October 3, 10:30 a.m. - 7 p.m., $10
Now on the first Saturday in October at Tiger Lane, teh annual Best Memphis Burger Fest should be cooler and more convenient. It works like most food fests in town: teams cook burgers for judges and you might be lucky enough to get samples from teams if you know someone/ask really nicely. Read more here.

42. Bristerfest, Overton Square Tower Courtyard, October 10, 11 a.m. - 6 p.m., free (donations appreciated)
Bristerfest moves to the fall this year for seven local music acts, arts and crafts vendors, and more. The whole thing is in support of GrowMemphis, so be sure to bring some extra cash for donations.

43. Cooper-Young Regional Beer Fest, 795 S. Cooper, October 17, 1 p.m. - 5 p.m., $40 (tickets go on sale September 1), 21 and up
The Cooper-Young Regional Beer Fest is one of my favorite annual Memphis events. The selection of regional craft beers is pretty great and a limited number of tickets are sold every year, which means that the lines are shorter, thus, there's more time for beer tasting. Tickets will go on sale on September 1 and they will sell out.

44. A Magical Night in Overton Park, Overton Park, October 17, 6 p.m. - 9 p.m., $100 per person, 21 and up
Support the Overton Park Conservancy with music, drinks, and special treats in a dramatic atmosphere - the Park's formal gardens will be transformed into a stunningly lit forest wonderland.

47. Memphis Grizzlies Basketball, FedExForum (home games), begins October 28, tickets start at $10
Get ready to grit 'n' grind with the Grizz starting on Wednesday October 28 against the Cavs at home. Click here to read the 2014-2015 fan guide, and click here to read about where to watch the games if you can't make it to FedExForum. 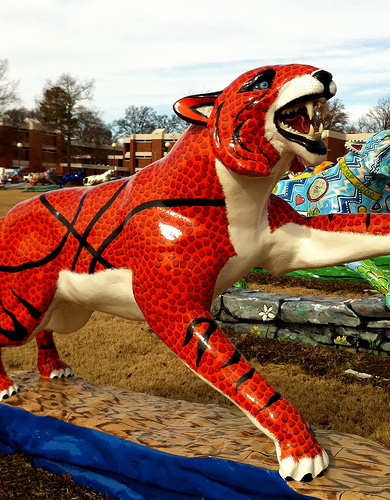 49. India Fest 2015, Agricenter International, November 7, $5, all ages
Head to the Agricenter to shop in an Indian bazaar, try authentic Indian food, and see dance, hear music, and plenty of stuff for the kids.

Know of any more awesome events happening in Memphis this fall? Submit them to the ILM Events Calendar, and I'll add them to this list. I'll be putting up a guide to Halloween in the Mid-South later in September.

Hi Holly: We going to celebrate the traditional Day of the Dead, Sunday, November 2 at "El Mercadito de Memphis, 3766 Ridgeway Rd, Memphis TN 38115, we have an art, dance, music and altars to the passed ones festival, we invited to everyone, free entrance. Thank you!

Cooking for a Cure

This years annual 'Cooking for a Cure' Gala is being held at the Memphis Botanic Gardens on October 16th, 2015 from 6;30 p.m. to 11:00 p.m. There will be 20 premier Memphis restaurants particpating, entertainment by The Lineup and a silent and live auction hosted by WMC TV5 host Ursula Madden. Tickets for the Gala are $75.00 per person. All proceeds from the gala will benefit the St. Jude Brain Tumor Program atSt. Jude as well as Camp Sunshine, a camp for children with cancer and their families. Please visit our website at www.braintumorfound.org for more details.

This is perfect!  Thank you so much, Holly!

This makes me want to move back to Memphis!

I love going to fairs and renaissance fairs are just as fun! I love being in a fun atmosphere that fairs provide. It gives individuals a time to get out and get together to have a fun day. It is something that is usually fairly cheap. You pay for parking and then you can decide if you want to pay for items and goods or food!