The ILM Guide to 2014 Fall Festivals and Events

The ILM Guide to 2014 Fall Festivals and Events

It's hard to think about something called "fall" when we're practically melting this week, but our fall events and festivals are right around the corner. Here's my annual guide. I'll probably add to this list, so if your favorite event isn't listed, please let me know by submitting it to the events calendar. 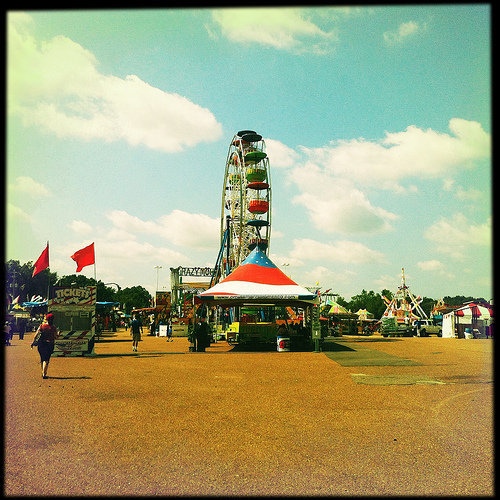 Delta Fair, Agricenter International, August 29 – September 7, $10 adults / $5 kids and seniors
The Delta Fair is a classic. It's a week of midway games, rides, livestock and homemaking competitions, exhibits, pig races ("not to be confused with Churchill Downs") and a demolition derby. The fair is open every day until at least 10 p.m.

Rock for Love, Crosstown Neighborhood / Overton Square / Levitt Shell, September 5 – 7, various prices
The Church Health Center's eighth annual Rock for Love festival is going to be bigger than ever, with three days of music in a bunch of cool venues. On Friday, more than a dozen bands will play sets at several spots in the Crosstown neighborhood. Saturday is a day of shows in Overton Square with an after-party at the new Hattiloo Theatre, and Sunday has three acts at the Levitt Shell. This year's bands include Mark Edgar Stuart, Impala, Grifters, Mighty Souls Brass Band, Dirty Streets, Stax Academy Band, Knowledge Nick with Chinese Dub Connection Embassy, and more.

Outflix Film Festival, Malco Ridgeway Four, Sept. 5 - 11, full fest pass $95, individual films $10
The Outflix film festival returns to the Ridgeway Four for a week of documentaries, feature films and short films with an LGBTQ focus. The films are from all over the world, and the schedule is pretty impressive. A full festival pass that gets you into all of the movies and events is $90, or you can pay $10 per film.

Spillit Memphis, September 12 and 19, October 10, November 21, Amurica Photo, $10
You have a couple of chances to listen to your fellow Memphians tell their stories of Freedom, Redemption, Persuasion, Silver Lingin, a live on the Amurica Photo stage. Some of the stories are funny, some are heartbreaking, but all of them are true, and notes aren't allowed. It's $10 (and that includes drinks), rated PG-13, and seats are first-come, first-serve, so get there early.

Memphis Comic Expo, September 13, Agricenter International, September 13, 10 a.m. - 7 p.m., $15 adults/$5 kids/under 5 free
Memphis comic con culture continues to grow with the addition of the Memphis Comic Expo, a con focused on the artists and their work. There will be a mix of artist and writers from Memphis, all over the country, and a few international folks, plus of course, a cosplay contest.

Cooper-Young Festival, corner of Cooper and Young, September 13, free
Mark your calendars for midtown's biggest party. The Cooper-Young Festival shuts down the intersection of Cooper and Young (and several blocks in each direction) for a gigantic street fair on the third Saturday in September. Be sure to buddy up to your friends in the neighborhood: they've got clean bathrooms, driveways and might be having back yard parties.

Mid-South Fair, Landers Center, September 19 - 28, $12 adults/$6 kids and seniors, all ages
Head to the Landers Center (in Southaven) for the 158th annual Mid-South Fair to get your fill of funnel cakes, rides, more. It's a solid week of rides, games, MMA fights, talent contests, roller derby and carnival food. Bonus: admission is free on weekdays before 2 p.m.

Hack Memphis, Cowork Memphis , September 19 - 21, $5
Calling all designers, developers, programmers and people with big ideas: Hack Memphis wants you for an intense weekend of creating and building. Hack Memphis is a day for the Memphis tech community to come together to create new things, hack existing software and share ideas. Pre-registration is required. 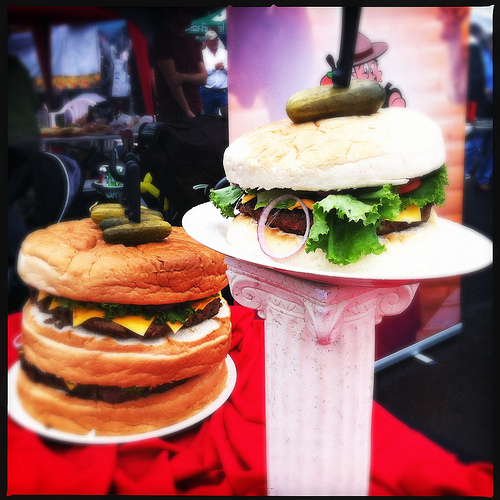 Best Memphis Burger Fest, Minglewood Hall, September 21, $7
The Best Memphis Burger Fest returns to Minglewood Hall for a third year on September 21. It sort of works the same way as Hot Wing Fest: cooking teams (anyone is welcome to form one) cook burgers, judges judge the burgers, and you, as an attendee, may be lucky enough to get samples from the teams (who can't sell their offerings, but can give them away). There's also a Bloody Mary contest, a pickle-eating contest for kids, a slider-eating contest for grown-ups, live music, and more.

Mid-South Book Festival, Storybooth at Crosstown Arts/Memphis Botanic Gardens/Booksellers at Laurelwood/Memphis Gay and Lesbian Community Center, September 25 - 28, mostly free, all ages
More than 50 local and national authors will come to Memphis for four days of literary bliss in late September. Expect speakers, book signings, vendors, workshops, and entertainment, all benefitting Literacy Mid-South. A couple of the workshops require you to buy tickets, but most of the events are free.

GonerFest 11, Goner Records / The Buccaneer / Hi-Tone / Murphy's, September  25 – 28, $70 full festival
Gonerfest, Goner Records' annual four-day celebration of garage, punk and indie rock, turns 11 this year. Celebrate another year of loud music, spilled beer and good times that brings in rock fans from all over the world. This one's not for kids.

Repair Days, National Ornamental Metal Museum, October 2 – 5, free
Bring your busted, rusted and otherwise damaged metal items to the National Ornamental Metal Museum for a little TLC this October. During Repair Days, the museums' crew of blacksmiths and metalworkers will fix your items for a fee (which benefits the museum). If you only go one day, make it Oct. 4th: that's Family Fun Day, and they'll have music, activities, and an auction.

Cooper-Young Regional Beer Fest, 795 S. Cooper, October 11, 1 p.m. - 5 p.m., $35 before Oct. 1/$40 after Oct. 1, 21 and up
The Cooper-Young Regional Beer Fest is one of my favorite annual Memphis beer tastings. The selection of regional craft beers is pretty great and a limited number of tickets are sold every year, which means that the lines are shorter, thus, there's more time for beer tasting.

Know of any more awesome events happening in Memphis this fall? Submit them to the ILM Events Calendar, and I'll add them to this list.

How about the Mid-South Book Fest September 27-29?

30 Days of Opera starting September 1 http://www.operamemphis.org/30daysofopera/ 30 Days of Opera Presented by Evolve Bank & Trust is an innovative public-outreach initiative that we launched in fall 2012.  This annual, month-long extravaganza introduces opera into the everyday routines of local residents –  at farmers markets, restaurants, schools, and street corners.  Over the course of 30 consecutive days, we present “pop-up” concerts, master classes, children’s operas, and more.  In the first two years of the program, we’ve reached over 50,000 people with over 100 performances at more than 80 different locations, and we’re ready for year three!  What’s more, our activities generated over 50,000 interactions on Facebook and Twitter.

Posted this this morning - https://ilovememphisblog.com/2014/08/two-new-free-things-to-do-in-memphis/

Nice article, thanks for sharing the list of festival's and events.