You guys know we have the nicest minor league ballpark in the country, right?

It's true - Baseball America named downtown's AutoZone Park the 2009 "Ballpark of the Year".  The airy, brick stadium is home to the Memphis Redbirds, a AAA feeder league for the St. Louis Cardinals. And barbecue nachos. 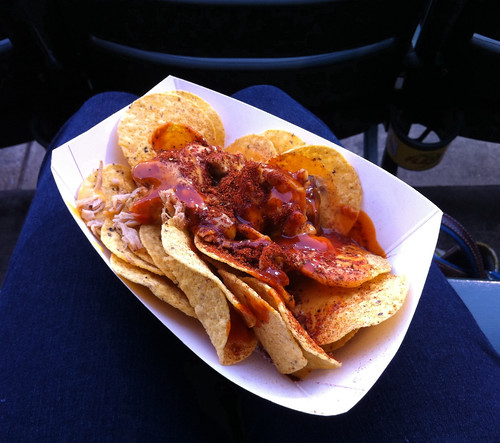 Once you've secured food at AutoZone Park, find a seat. There's plenty of space in the lower level, but I recommend sitting close to home plate, near the die-hard fans (especially the pack of guys that wore batting helmets for most of the game). They get way into the game, cheering for Redbirds runs and hurling creative insults at the other team. 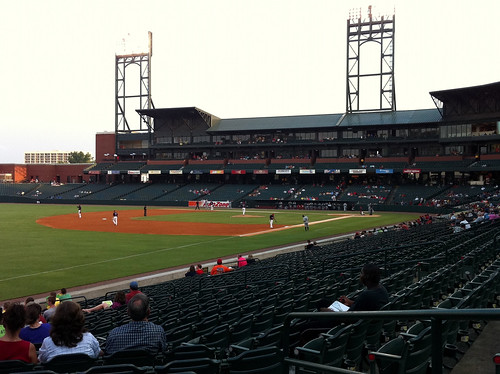 Games at AutoZone Park are incredibly relaxing. It's easy to grab a beer, brat and seat and space out watching the game. If sitting isn't your thing, the park was designed with a lot of public spaces that are perfect for stretching your legs. Because the concourse and the public spaces are open, it's easy to keep an eye on the field no matter where you are. 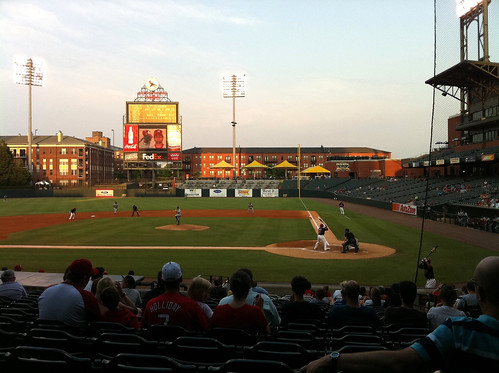 The Redbirds play home games from April through the beginning of September.